Expansion of South West and West of Scotland practitioner schemes

UKPHR are pleased to announce that the West of Scotland scheme has expanded to now include the following NHS Boards; Dumfries & Galloway, Borders, Grampian and Lothian. Alongside the existing Boards which comprised of Ayrshire & Arran, Greater Glasgow & Clyde, Highland and Lanarkshire, the West of Scotland scheme covers eight of the fourteen geographically based local NHS Boards.

For further information on registering as a public health practitioner, please click here. 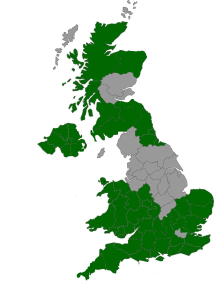