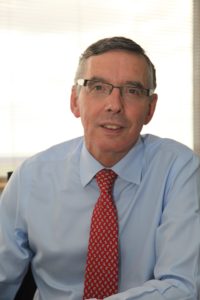 When UKPHR introduced registration for practitioners in 2011, eligibility was set at “autonomous practice”. In assessing a portfolio, assessors are looking for evidence that the practitioner is managed rather than supervised directly.

When UKPHR, assisted by stakeholders, set the standards for practitioner registration, several existing documents were referenced, including:

The penultimate document (Skills for Health) set out nine levels of knowledge and suggested reference or indicative job titles such as “Consultant” (level 8) and “Practitioner” (level 5).

The PHSCF described public health skills by reference to nine key areas of practice and nine levels of competence (it became known colloquially as “the Cube”).

A practitioner applying to UKPHR for registration had to demonstrate skills and knowledge at least to the Level 5 described in these two documents.

In 2016, the PHSCF was replaced by the Public Health Skills and Knowledge Framework. This is now the reference document for competence in public health practice. It is organised according to functions and contains sets of descriptors of competencies.

There are no levels of skills and knowledge in the Public Health Skills and Knowledge Framework, although it is still possible to view the Skills for Health Career Framework online.

UKPHR continues to require eligibility for practitioner registration by reference to “autonomous practice”.

Guidance on our use of this term is given on our website (see page 5). We will not refer to levels.

Many public health professionals will have experience of working in the NHS or in local authorities. They will be familiar with levels of responsibility being linked to pay scales such as the NHS Agenda for Change and the National Joint Council scale for local government.

The levels in these publications may have some read across to the assessment of “autonomous practice” or public health competencies. For example, assessors might look to see if the skills and knowledge claimed by practitioners are matched by a pay band that assessors might reasonably expect. It amounts to sense-checking the assessment.

Educational qualifications can also be described by reference to levels. So, for example, in England, Wales and Northern Ireland, A Levels are level 3 qualifications and a bachelor’s degree is level 6.

For those of you following news of the development of a public health apprenticeship, it is called a Level 6 Apprenticeship precisely because apprentices will be required to obtain a bachelor’s degree.

There is a list of these educational levels for England, Wales and Northern Ireland on the Government’s website.

In assessing practitioners’ knowledge, assessors will need to be satisfied that practitioners possess knowledge “equivalent to a first degree”. Again, there is guidance on our use of this term on our website (see page 6). We draw attention there to the different scales for educational levels depending on whether the practitioner is in Scotland or in England, Wales or Northern Ireland.

Here you can check a public health professional`s registration with the UK Public Health register.