Jenny Douglas is a senior lecturer in health promotion in the Faculty of Wellbeing, Education and Language Studies at the Open University. She has a PhD in Women’s Studies from the University of York, an MA in Sociological Research in Health Care, an MSc in Environmental Pollution Control and a BSc in Microbiology and Virology. Jenny’s background is in health promotion and public health. Between 1984 and 1996 she held a range of posts in West Birmingham and Sandwell Health Authorities, including Director of Health Promotion for Sandwell.

Her research is both varied and wide ranging spanning 30 years on issues of race, health and ethnicity. The key theme unifying research and activism is intersectionality – exploring how ‘race’, class and gender and other axes of difference affect particular aspects of African – Caribbean women’s health. She has published widely on public health, health promotion and black women’s health. Past research topics include the health experiences and health needs of black and minority ethnic communities in the United Kingdom and on the changing role and professional needs of health education and health promotion specialists.

Jenny is an advisory board member of Critical Public Health. She has served as a non-executive director of University Hospital Birmingham NHS Trust, 1998-2004. She is an honorary member of the Faculty of Public Health. She is active as an external examiner and assessor in the health promotion and public health field. She is a Research Affiliate of the Institute for Intersectionality Research and Policy, Simon Fraser University, Vancouver. 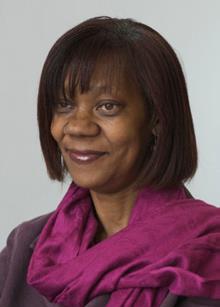