Louise Wallace joined the UKPHR in September 2015 as a lay member. She has worked in research in the field of public health and health services for more than three decades, alongside being a practitioner, manager and chief executive in the NHS, and non-executive director of Primary Care Trusts. Louise has recently completed nearly two decades as Professor of Psychology and Health at Coventry University, leading a large research group with a strong reputation for applied health behavior change and self-management in public health, and patient safety research in the NHS. Louise is currently non-executive director (Public and Patient Involvement) in Oxfordshire Clinical Commissioning Group, and Senior Consultant Scientific Adviser to NIHR’s Health Services and Delivery Research Programme. She is a Lay member of General Dental Council Fitness for Practice panels. Louise is Fellow of the British Psychological Society, a Chartered Psychologist and Registered Practitioner with the Health and Care Professions Council.

As an applied health services and health behavior researcher, Louise has conducted research applying psychological theory and health research methods to numerous aspects of health and well being over many decades. Her research develops and evaluates complex interventions to promote and protect healthy lifestyle choices such as breastfeeding, and sexual health, exercise and diet. Her research has developed and evaluated many interventions including on publicly available digital platforms for the promotion of self-care for people with long term conditions. Her current research includes the development of systems of shared decision-making for patients newly diagnosed with cancer and the promotion of choice in personal budgets by mental health services clinicians. She has conducted collaborative research on workplace health in the UK, and collaborated with government agencies to promote and protect breastfeeding of employees in South Africa. She is a Director of Health Behavior Research Limited which for over a decade has provided e-training interventions for practitioners in relation to breastfeeding in the UK and other countries. 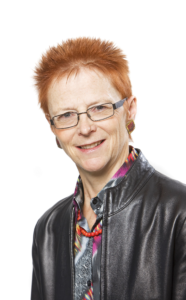