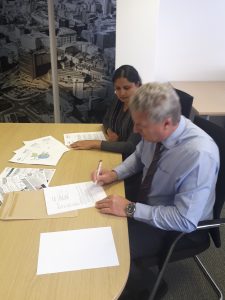 UKPHR held its 2019 Annual meeting on Thursday 26th September at the UKPHR offices in Birmingham.

The Board met in the morning to approve the Annual Accounts and Annual Report for presentation to the Company’s members at the Annual Meeting later in the day.

There were also changes to the Board’s composition:

At the Company’s Annual Meeting, directors and Company members approved the Annual Accounts and Annual Report.

The Annual Report for 2018-19 was formally launched, along with the innovation of a one-page summary.