UKPHR held its 2016 Annual meeting on Thursday 29th September at the Royal Over-seas League in London. Hosted by UKPHR’s outgoing Chair, Professor Bryan Stoten, the event featured the launch of the annual report.

The keynote speech “Science, research and knowledge: evidence to inform decision-making” was delivered by Professor John Newton, Chief Knowledge Officer, Public Health England which illustrated PHE’s knowledge strategy and approach to translating evidence into good decision-making. Dr Esther van Sluijs from the Centre for Diet and Activity Research (CEDAR) at the University of Cambridge followed with a presentation on “How to get the right evidence to the right audience?”, describing CEDAR’s approach to knowledge and exchange and the challenges from an academic perspective and the uncertainty whether this meets evidential needs of local authorities. 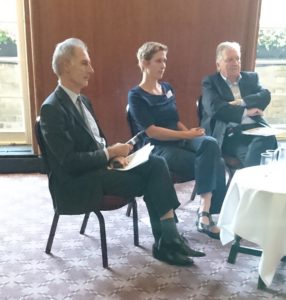